Book Report! Reviews of the Books I Read 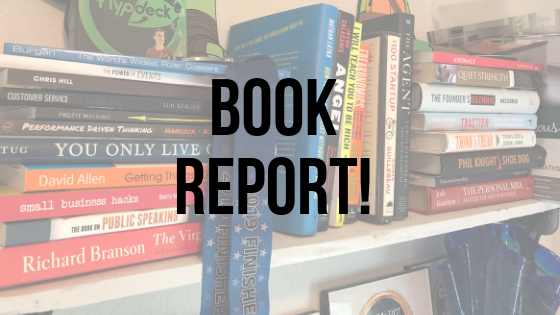 I used to never read, but back in 2018, I started working out a ton more and was able to start reading (listening) to a ton more books. As an author, I am often asked, “What are you reading”, “What are your favorite and least favorite books” and some other crazy questions about books. So, I decided I should publicly rank the books I’ve read on a 10 point decimal scale similar to that of Olympic scoring.

I will even rank the books I returned, because, yes, some books just need to be returned.

I think when you read a book is also really important as some books hit home a lot harder or not.

Whether I loved or hated a book does not mean I am throwing shade at the author, I know how hard it is to write, publish and sell a book. Made respect to all my fellow authors. But, I am going to be honest with these reviews and not just give a 10 to give a 10.

P.S. If there is a book you think I should read. Tell me in da comments or hit me up on social @zackmillersays everywhere.

Kevin Hart, I Can’t Make This Up: Life Lessons: https://www.amazon.com/Cant-Make-This-Up-Lessons/dp/B06VX4GGFT/ref=tmm_aud_swatch_0?_encoding=UTF8&qid=&sr=

North is the story of Scott Jurek running the Appalachian Trail. Typically, through hikers pass the AT in six months or so. Jurek, however is trying to complete the massive 2,184 mile journey in less than 50 days. He wants the speed record.

Along with his wife, Jenny, they chronicle the journey of how Jurek is running the trail and Jenny is the crew. Both sides dealt with different challenges.

What I love about North is how even though it’s a book about “running”, it’s also a book about grit and how the mind can really f*ck with you. Imagine being in the middle of a mountain 40+ days in. A lot is going through your mind, and oh yea, Jurek is rolling through ups and down at 30+ miles a day. Something most can’t do once, yet, here he is is doing it almost every day for two months.

The mental toughness is something legends are made of. One very cool aspect of North is that both Scott and Jenny voice it. While Scott is amassing miles by foot, Jenny is traveling via van and prepping for him to be able to run without seeing anyone for hours. Maneuvering and traversing the windy roads of the Mid-Atlantic telling her own accord of how North went down. To the laymen, she was just packing up and giving him food, but Jenny’s job as the “crew” was incredibly important and without missing a step, Scott could run all those miles without winning.

North showed me that mental stability is crucial, but enforced how important those around me are as well. You can have the best mindset, but if your team sucks, it may be difficult to win. Case in point, there’s a time when Jurek is getting close to the end and miscalculates, but one on his crew shows him that he’s calculated wrong and has 24 more hours than he thought. Grit + Team = North