The XFL: A Rebranding Checklist on How to Successfully Get Over Your Past Fumbles 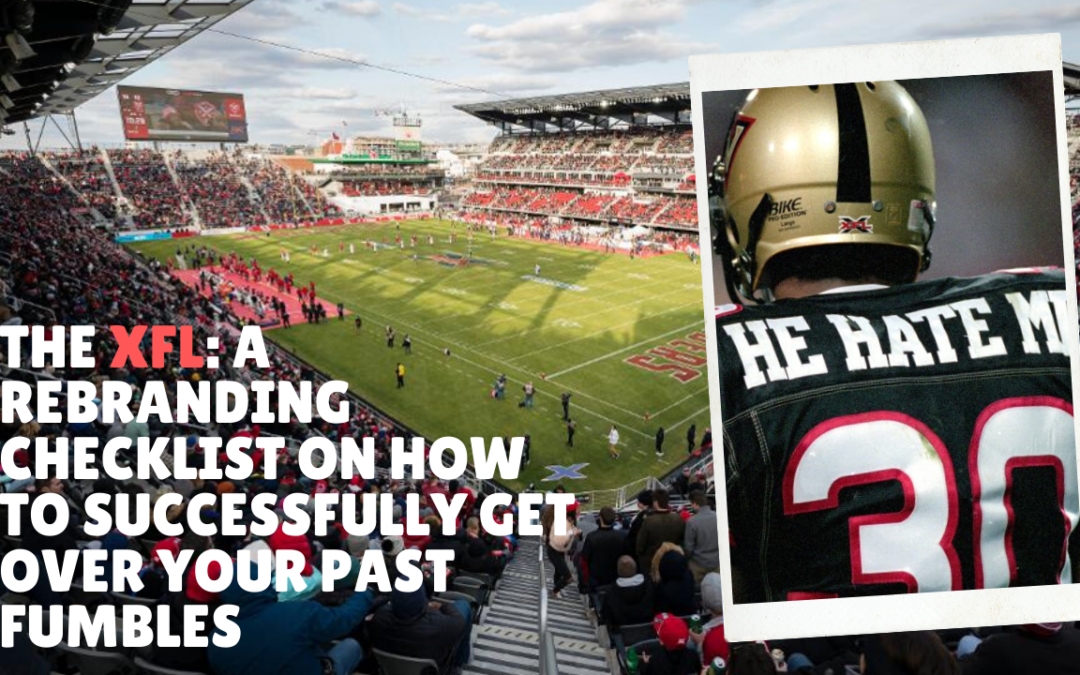 The XFL lasted one year in 2001 and since has been a laughing stock, which is a bit off since the NFL adopted many features of the one year wonder. Many football leagues have attempted to start and succeed in the past, with the USFL, UFL and AAF to name a few. None of which have really had enough steam to push it past it’s initial few games.

Insert Vince McMahon. Widely known for his days running the WWE, a billion dollar sports entertainment business he took over from his father in the 1980s. McMahon attempted football two decades ago and quickly learned how tough it would be. In 2017, McMahon broke the news that the XFL was making a comeback tour and this time it would be around for good.

Many marketers and football fans would look at this as a joke 2.0, but with McMahon’s bankroll behind him and a ton more strategy this go-round, the XFL is a case study that every business wanting to rebrand should dig deep on.

Here’s a few of the things the XFL did to change the script, to own the narrative and the things you can do too if you are looking into a rebrand.

Big announcement. You cannot just change a logo and think everything is A-Ok. You have to tell the world.

Hired a big gun. With the laughing stock from the early 2000s over, McMahon wanted to bring in someone to run the show with a ton of credibility. Oliver Luck was the guy.

Took their time. Back in 2001, many noted how quickly the league formed and got on air, this time, they took two years.

The Elephant in the room says hey let’s just talk about how you sucked before. Instead. The XFL embraced the past, but moved on from it and talked about the Now.

Epic Partnerships can really help people look at you differently. Not just a league, but a football league on ESPN and Fox is a partnership that the world can get behind… and see.

Changed the rules, literally. The XFL launched  a dozen or so new rules different from the big daddy NFL.

Once they were open for business they did a huge media tour letting the world know things have changed.

Their audience loves fun. Many call the NFL the no fun league and the team names and jerseys and stadium atmospheres were not going to scream lame they screamed fun.

In an age where billions are on social media, the XFL had to do something different. ANd different they did. They embraced the social sphere and share non-traditional content.

Vince McMahon stays off camera. Other than the big announcement and a glimpse here or there, McMahon has stayed behind the scenes. Which many believe has helped the league have more credibility and be less WWE like.

I want your email address 🙂

This is a call-to-action for my weekly newsletter. If you liked this post, you will likely like my emails. I send them every Monday at 10:15am. If you decide you hate them, you can leave.