Being a pioneer is risky though, Great! My entire life I have taken risks. Some have worked splendidly (is that even a word?) and some I have fallen flat on my face. While writing that sentence all I can think about my days as a middle school aggressive inline skater. I fell, a lot. When I started working on Anomaly, I reflected back on the question people asked me for the last decade. It’s some form of “Zack, I have a business and I want it to be seen by more so that I can grow my business”. I had answered that question at least 50,000 times through webinars, conference talks, 1-1 talks, Twitter Chats, you get the point. But, never in book form. Writing and I do not see eye to eye. You see, I type at what seems like 14 words a minute and I speak way better than my typing skills. Ask my 7th grade teacher, she will tell you my grades. But I love to do things that are a challenge. Writing a book in 2018 is not a challenge. Millions of books have been written. 130 million to be exact.

What is new though, is the way a book can be purchased or consumed. A decade ago Kindle created e-readers and around the same time, cryptocurrency began. What would happen if you mixed the two. A e-reader and a digital currency to pay for it.

I got an email from the team at Morgan James Publishing (my publisher) saying that they “had an idea” and wanted to run it by me. They didn’t dispose the idea to me, so I spent the next four days wondering and dreaming what the “idea” could be. It was like I was a kid on Christmas Eve again. So, I sit with Bethany and Dave from MJP and they walk me through this new technology. I was familiar with cryptocurrency and the blockchain, because I like to stay up to date with new trends and have even had a few guests on my podcast discussing the tech. Then the idea came out. MJP has partnered with Publica to be the first publisher to release on their platform. AKA be the first to Book ICO. Yes, a lot of techie words. But, the key here. “Zack, we would like you to be the first author to Book ICO with us.” This is where I do what I do best and raise my freaking hand with excitement and say “YES YES YES”! You can read about the MJP/Publica partnership from this article on Publishers Weekly.

Okay, so what is a Book ICO?

According to Publica, a Book ICO is the next generation Kickstarter for eBooks. When your book is a token on a blockchain, you can pre-sell it to your followers, who support you and look forward to release. Funds can help to increase the quality of self-publishing titles and help some books which would never be published to see the light of the day. When you buy a token or several tokens, it will be your access key to download the book to your Publica reader available for Android and iOS. You can also send the token and therefore the book to a friend, unlike any conventional ebook. You can also sell it on the secondary token exchange and depending on the total circulation of the book tokens, your token can even grow in value if the book becomes collectable.

The first ever Book ICO was Backpacker’s Guide to Europe by Matthew Kepnes or Nomadic Matt through Publica. Look, the blockchain, whether you get it yet or not, makes a ton of sense. Have you ever complained about how you cannot go to the bank on weekends or at night? The blockchain remedies this. Or why distributing documents when both parties have mutually agreed and reached to terms on said contracts is such a pain in the tail? Blockchain fixes this. Yes, it is still early, but people used to fret at credit cards.According to Wikipedia, A blockchain is a growing list of records, called blocks, which are linked using cryptography. Each block contains a cryptographic hash of the previous block, a timestamp, and transaction data (generally represented as a merkle tree root hash). Simply put, a Book ICO is a new way to get a book digitally.

It’s a book, duh! Anomaly helps readers (hopefully you, wink wink) understand the foundations of business and life, how to meet anyone you want to with one super simple strategy, how to be your own publicist so you can achieve the goals you want in life and how stand out from the millions (insert The Rock’s voice, and millions) of people in the world. I wrote it because after realizing that millions of people continue to have the same questions someone needed to write a book that actually answered them without fluff and provided a roadmap to win. 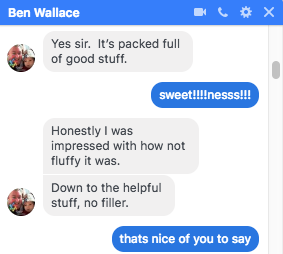 About Publica: Publica.com is an evolutionary publishing platform using blockchain and cryptocurrency technology to innovate in how books are funded, distributed, bought, and read. Publica’s blockchain technology makes it easier for authors to pre-sell or raise funding for their books, choose their own business model, keep their creative freedom, and their direct-selling revenue. Publica introduced its e-reader app in May at London Book Fair and became the first company to tokenize books on the blockchain. Publica was community-funded in November 2017.